The Natural History Museum is a location featured in all the books after The Dead and is mentioned in The Enemy. It is one of the most prominent bases alongside Buckingham Palace, The Tower of London, the Squatter Camp in St James's Park, Waitrose in Holloway.

The first occupants of the museum were Robbie and his friends, who seem to have hidden out there since the beginning of the apocalypse. When this group was living here, the museum was not very safe. Many halls were filled with sickos and had been locked off and the entire ground floor was also inhabited by sickos.

At the end of The Dead, Brooke, Justin and other people from Rowhurst School, the Imperial War Museum and a few others arrived after the battle of Lambeth Bridge in a Tesco lorry. Justin took over and appointed himself as the leader.

After leaving Buckingham Palace under the control of David King, the Holloway Crew, under the leadership of Maxie and Blue, went to the Natural History Museum. Brooke, who was picked up by the Holloway Crew at Green Park on their way to Buckingham Palace, travelled there with them. On arrival, the Holloway Crew found themselves in the midst of a giant battle. This was because Paul Channing had released the sickos living on the lower levels. The Holloway Crew cleared out the sickos and saved the day. If they hadn't, the Museum kids would've died because they are mostly non-fighters. The days after their arrival, they completely cleared the lower levels and set up an organised, secure guard and patrolling system.

Justin was always the leader of the Natural History Museum after his group had arrived. Robbie was head of security before the Holloway Crew arrived and did not do his job very well. After the Holloway Crew had arrived, they took over security but Robbie was still involved. The Holloway Crew made it a lot safer and Ben and Bernie made lots of new developments such as smoke clearance systems and toilets. People of the museum had frequent meetings in a hall known as the Hall of the Gods, with statues along the walls showing human understanding of science at different times in history. Justin would lead these meetings. Everybody in the museum would sleep in the Minerals Hall, which was very secure and built like a bank vault.

One of the main aims of people at the museum was to find a cure for the disease, and this was done by a team led by Einstein. They used equipment in the museum's science labs and experimented on captive sickos. They had not been making much progress until Wormwood arrived with Ed Carter. Wormwood had previously worked at Promithios Biomedical and knew about medicine and the disease. He also had the disease and blurted out random things about 'the big green' and 'good blood'. Eventually, Einstein had developed a cure using Small Sam's blood. It worked but wasn't used on any sickos other than Wormwood. Einstein also was part of a team that went on an expedition to Promithios Biomedical to fetch medical supplies. This takes place in The Fallen and introduces the Twisted Kids.

The Expedition to Promithios Biomedical 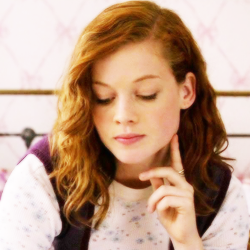 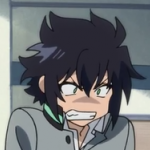 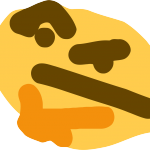